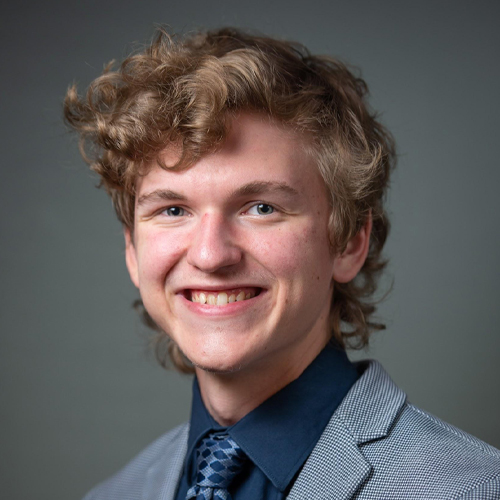 Jesse is a Buffalo native studying education and English at Canisius College. He plans to graduate in 2021.

Throughout his college career, Jesse has been incredibly involved with many campus activities. He is a member of the All College Honors Program, is active in music and education clubs, and is vice president of the Canisius College Chorale and leader of Campus Ministry’s music group, Exalt, which sings at Sunday services.

Jessie has become a leader in Campus Ministry programming and works to promote social justice throughout our community. He has led college spiritual retreats – including Manresa I, Be the Light Institute, Freshman Retreat, and the Campus Ministry Immersion program. Jesse volunteers with the Campaign for Alternatives to Isolated Confinement and is on the board of the Erie County Restorative Justice Coalition.

Jesse works part-time at NativityMiguel, a local middle school, where he teaches religion classes and leads students in an after-school music group. After graduation, Jesse plans to pursue a master’s degree in special education and intends to work in an urban school setting.