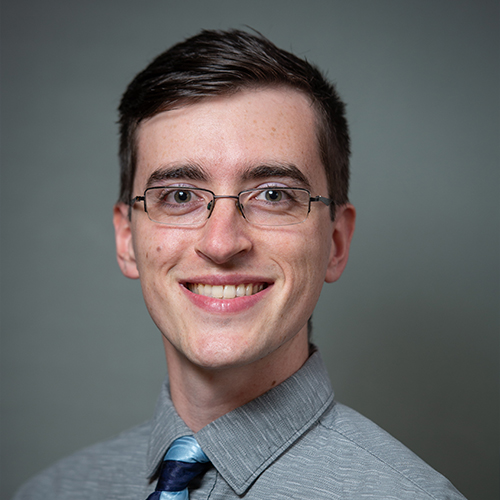 Jon Mrowczynski, a West Seneca NY native, received his BS in physics from Canisius College and was awarded the V. A. Ruszkiewicz Memorial Prize for Distinction in Physics. While studying at Canisius College, he met an animatronic robot Muppet head named Jim. Presenting Jim at two Association for the Advancement of Artificial Intelligence (AAAI) conferences organically grew Jon’s interest in computer science.

To further improve his skills, Jim would be happy to hear that Jon is continuing his education at UB to acquire an MS in computer science. Simultaneously, he is planning on maintaining his title as the lead engineer at Electroskip LLC. He will continue working at Electroskip LLC after graduation. Upon its success in becoming an autonomous entity, he will create his own tech company.