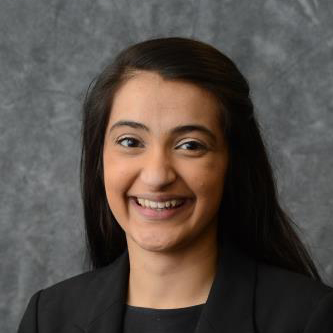 Minahil Khan, a Buffalo native, is pursuing a bachelor of arts degree in political science/communication at the University at Buffalo. During her freshman year, she became involved with the UB Academies, working as a student assistant. She has also served as teaching assistant to the Global Perspective Academy and as a floor leader in Greiner Hall. In addition to her involvement in the Academies, Minahil has served as the Student Association (SA) Special Interests, Services, and Hobbies Council coordinator; as an SA senator; and as an executive board member of the American Association of University Women. In May of 2014, Minahil was elected to serve as the University Council student representative for the 2014-2015 academic year, and will be working as the SA Student Affairs director. Minahil has been very involved with local refugee resettlement organizations. As a WNY Prosperity Scholar, she plans to help encourage the growth of refugee-owned local businesses. After graduation, Minahil plans to pursue a JD.