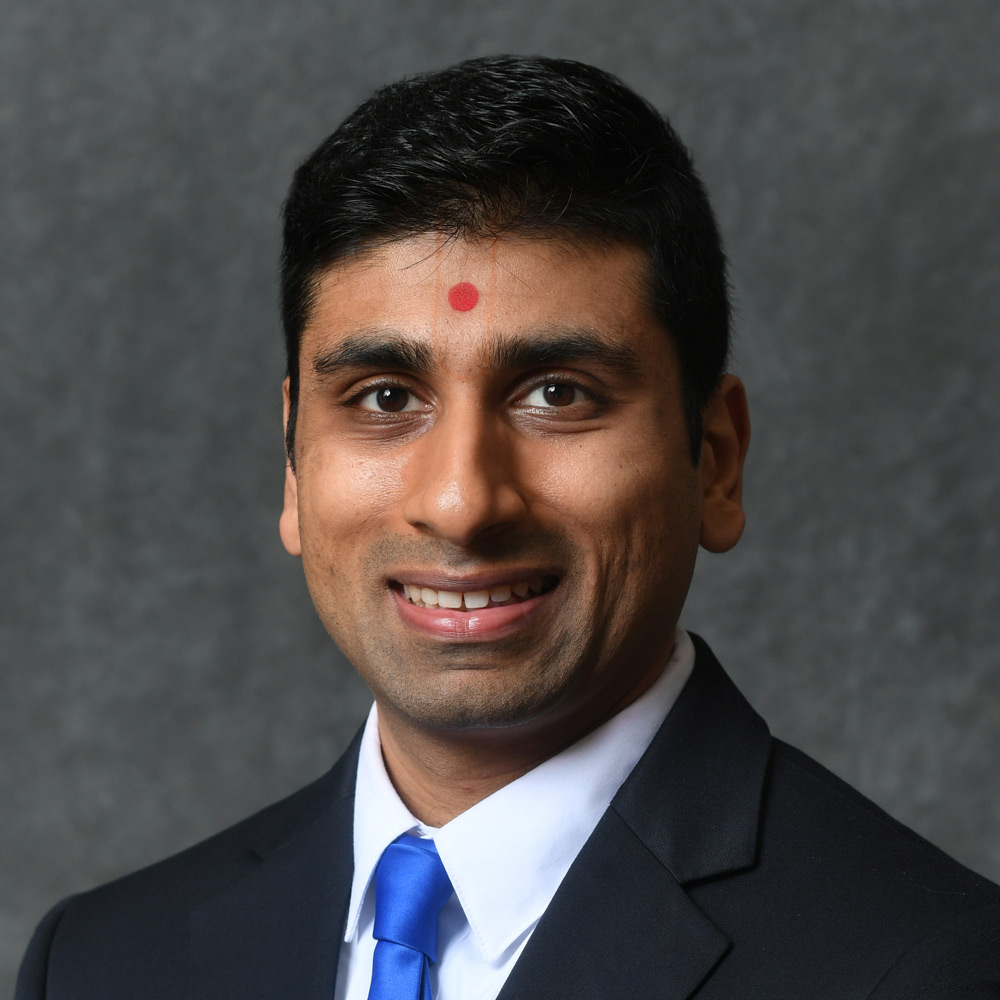 Neel has been a resident of the incredible Western New York community for more than a decade and has a found a new home here. He completed a bachelor’s degree followed by a master of science in pharmacology and toxicology at the University at Buffalo, and is currently enrolled in the dual PharmD/MBA program, gaining expertise and skills for leadership positions in pharmacy management.

Over the past nine years, Neel has been involved in extensive research, investigating biomarkers and novel drugs for prostate cancer at UB and Roswell Park Comprehensive Cancer Center (RPCCC). Along with publishing several articles in prestigious journals, he has presented his research to multiple committees at various conferences. Neel has worked as a laboratory manager for several years, and has established a program to teach basic science laboratory skills and help spark local students’ interest in the medical research field.

Moreover, Neel has held leadership positions in numerous clubs and organizations, and is currently pursuing a professional development program at UB. Last year, Neel began serving as a venture coach for UB’s Blackstone Lauchpad, where he provided students with one-on-one mentoring and individualized support to help transform ideas into successful businesses. Moreover, as the lead coach for UB’s 2019 Three-Minute Thesis Competition, Neel guided the participants, including the finalists, in preparing and competing successfully. To recognize his various scholarly achievements and academic excellence, Neel was offered the Cecil and Violet Newton Scholarship as well as the Henry A. Panasci, Jr. Pharmacy Scholarship this year. Student Sandbox is a business competition held at UB in which Neel pitched his idea regarding developing a biomanufacturing plant in Buffalo and won third prize. Neel is an intern at UB’s Business and Entrepreneur Partnerships, where he completed many projects, including identifying potential commercialization of products developed through scientific research by various principal investigators at UB. His passion for pharmacy and for improving the economic landscape and prosperity of Western New York also led him to connect with many leaders, including those at Thermo Fischer Scientific in Grand Island, to work toward creating strong partnerships and a sustainable life sciences ecosystem in the region. Neel is also greatly passionate about service to community and has volunteered with more than a dozen organizations across the U.S. and Canada, including BAPS Charities and SickKids.

Neel’s long-term aspiration is to establish a locally-based, not-for-profit organization dedicated to the development of biologic agents, as well as exploring and instituting simplified manufacturing processes for drugs that are imported or in short supply. While working toward this goal, he is interested in using the advanced resources available in Buffalo and bringing leaders together to build a team of experts, all with the common goal of reinvigorating the community.