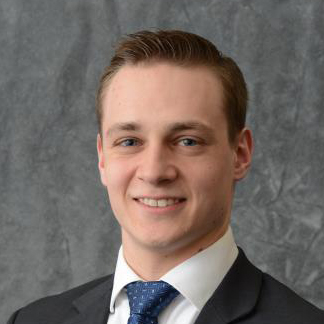 Sean, a Buffalo native, is a double major in economics and political science with a minor in Chinese. Throughout his time at UB, Sean has been extremely involved on and off campus. He was recently elected as the Student Association’s vice president, currently serves as the political director for College Democrats of New York, and was a 2015 finalist for the Harry S. Truman Scholarship. As a 2014-15 Presidential Fellow at the Center for the Study of the Presidency and Congress, he conducted research focused on federal education policy under Title I. Off campus, Sean has always been involved in the community. At age 19, he was successfully elected to the Cheektowaga-Sloan Board of Education in Cheektowaga, NY. Additionally, he is a volunteer in the Buffalo Public Schools as a member of the Interdisciplinary Science and Engineering Partnership (ISEP) at the University at Buffalo. The Partnership seeks to improve STEM education in the Buffalo Public Schools. Being a witness to the state of education in Buffalo, Sean aspires to create effective education policy and develop a more equitable system in which all students have an equal opportunity to succeed, regardless of race or socioeconomic status. After his undergraduate studies he plans to earn a juris doctor degree.